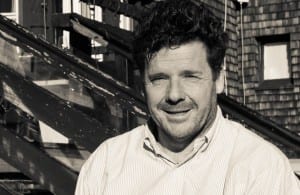 Welcome to our press area. Please register here for our press newsletter.

We thank you in advance for your interest and the reporting!

High pleasure at the cockscomb (PRESSETEXT)

Probably the oldest ski hut in the world, the "Sonnbühel", has been providing high feelings on the Kitzbühel Hahnenkamm since 1924. In 2016, Dr. Christian Harisch, together with the South Tyrolean Ivan Marzola, started a new era in Sonnbühel with the aim of reinventing Alpine gastronomy.

"Dolce far niente" was already popular in the "golden" twenties of the last century at Sonnbühel. When big industrialists and members of Berlin's elite golf club lounged there in the sun, devoted themselves entirely to the exquisite enjoyment of nature and skiing and even thought about a golf course up there. Sonnbühel's reputation grew when it became a hot spot for the ever-increasing number of skiers and mountain hikers after the war.

The numerous celebrities from home and abroad among them chose it as their favourite place in the Kitzbühel Alps, not only because of its wonderful location, authentic ambience and popular sun terrace. They also enjoyed exuberant parties, exclusive après-ski and especially a cuisine that star chef Eckart Witzgmann nonchalantly counted "among the best over 1,000 metres", making it a prominent feature and famous "place of power" of the legend Kitzbühel.

The love for the mountains is a tradition in Ivan Marzola's family: it is a precious heritage that the father passed on to his children. This passion was probably also the reason why the family, who actually came from Grado, settled in Val Gardena and took over the famous Comici hut in Val Gardena. And it was also this fascination for the mountains - the life-affirming, deep connection to nature, which has not left him since childhood and has always given him many breathtaking moments - that led Ivan to Kitzbühel. There, by chance, he met someone who shared exactly this enthusiasm with him, which immediately made the two of them feel connected in spirit: Christian Harisch.

Over a good glass of wine - as is customary in Tyrol - Ivan and Christian then decided to work together to create a new gastronomy concept in Sonnbühel. Christian was immediately enthusiastic about the innovative gastronomy concept that had grown out of the Marzolas' family business and had made the Comici Hut a true phenomenon in South Tyrol. Their vision was to bring the successful concept of the Comici Hut to Tyrol and to merge it there with the long tradition and the exquisite ambience of the legendary Sonnbühel to create a unique project.

TO THE PICTURE GALLERY

The pictures may only be used for commercial purposes in connection with Sonnbühel. They are only released for the communicative appearance of the mountain restaurant Sonnbühel.

The pictures may only be used for commercial purposes in connection with Sonnbühel. They are only released for the communicative appearance of the mountain restaurant Sonnbühel.

The logo may only be used for commercial purposes in connection with Sonnbühel and must be used in accordance with the Logo Guideline guidelines. (See PDF Download Logo Guideline)

Call Now button
To the top